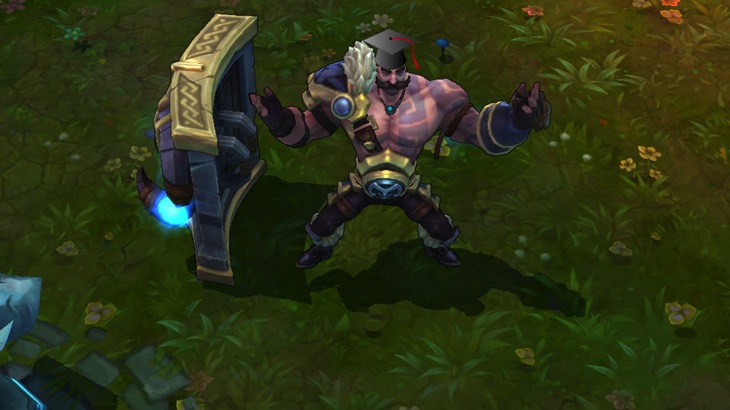 With the growth of eSports at all levels, it was only a matter of time until American universities jumped on the bandwagon. Collegiate eSports is growing, and now it can help students pay for their studies.

Robert Morris University in Chicago will offer 50% scholarships to students who will play varsity League of Legends for them. That’s right, LoL could help cover a ton of college fees. Why do they need this? Well, they’re joining a league. A league of League of Legends?

RMU will join the Collegiate Star League, made up of 103 institutions of higher learning and compete against other universities including Arizona State, George Washington and Harvard. Significantly, Robert Morris University is among the first in the nation to offer substantial scholarships for members of the first RMU Varsity eSport League of Legends team. Qualified gamers can earn scholarships of up to 50% tuition and 50% room and board.

There are currently 750 schools that participate in League of Legends High School Starleague (HSL) and Robert Morris University is looking for eSport athletes with experience in the HSL or similar. Teams in the collegiate league actually compete in Riot’s North American Collegiate Championship and can win $100k in scholarship money.

This makes me really happy. For years, quality athletes have managed to advance their educations through university scholarships. Play football at Stanford and you could leave with a master’s degree – the same goes for a wide range of universities with a ton of strange and wonderful sports. Now, eSports is getting the recognition it deserves with universities actively seeking athletes to join their team. This should help raise the bar on the quality and diversity of eSports athletes, as well as raise awareness of rising stars. Here’s hoping other universities follow suit.

The International Battle Pass is now live, despite the event’s postponement

All those diehard Dota 2 players have an excuse to log back into the game, play it for a w…

The space race is heating up, though in its latest bid to change the way we launch rockets, Virgin Orbit doesn't quite get there.

Our pals at Rockfish Games and Plan of Attack have dropped an entire 20 codes for the PC prototype build of Everspace 2 into my inbox, and I’m looking to share the love.